The Premier Gladys Berejiklian visited our Club on Sunday, 5 November as part of our 110 year Anniversary celebrations. The Premier was accompanied by local member James Griffin and SLSNSW CEO Steven Pierce.

While she was at North Steyne, she presented National Medals to Frank Traugott, Tim Platt and Paul Mathew. The National Medal recognises long and diligent service by members of recognised government and voluntary organisations that risk their lives or safety to protect or assist the community in enforcement of the law or in times of emergency or natural disaster. Fifteen years of service is required to qualify for the medal. The National Medal is Australia’s most awarded civilian medal. Congratulations to Frank, Tim and Paul for their many years for service!

The Premier, James and Steven also spent time talking to members, watching our Nippers, and even giving encouragement to those on the BBQ. Steven then signed on to Patrol 5 and braved the wet weather with other hardy members and Captain Dannii Edwards.

The Premier, James and Steven were also given framed North Steyne caps to commemorate our 110th Anniversary.

The Premier’s visit rounded out a wonderful week-end of celebrations. For those who missed our fantastic 110th Anniversary Dinner, pictures can be found here. Thanks to David Sawyer for his excellent photography and talented film making! 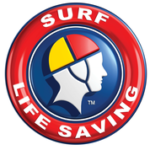